Gain a deeper understanding of the Republican River Compact

What You Need to Know
About the Compact

The Republican River Water Conservation District is an independent entity that is entirely self-governed. The Colorado State Legislature created the District in 2004 to assure local involvement in the State’s efforts to comply with the Republican River Compact between Colorado, Kansas, and Nebraska. Members of the Board of Directors are residents of the basin appointed by the Commissioners of local counties, Boards of ground water management districts, and the Colorado Ground Water Commission.

The District promotes conservation through voluntary participation. By utilizing federal programs, the District has brought in millions of federal dollars to offer financial incentives to producers who voluntarily retire water rights to reduce consumptive use to the stream flows. These water retirements reinforce the District’s efforts to conserve the Ogallala Aquifer for future generations.

View the compact, original complaint and motion, and more.

Map of Wells and Irrigated Acres 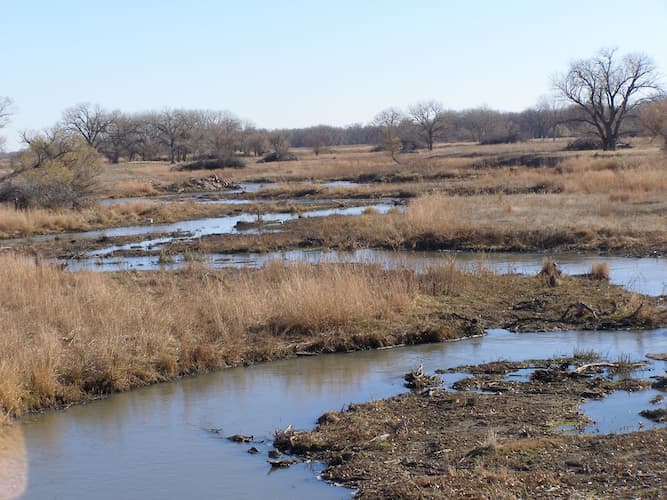 RRWCD to Hold Quarterly Board Meeting The Board of Directors of the Republican River Water Conservation District (RRWCD) will hold their regular fourth quarterly board meeting in the conference meeting room at the Cobblestone Inn and Suites, on Tuesday, November 15,...

The staff at RRWCD would be happy to answer any questions you may have about our conservation programs and provide you with more information on how you can get involved. Simply fill out the form and we'll respond as soon as possible.

This website uses cookies to improve your experience while you navigate through the website. Out of these cookies, the cookies that are categorized as necessary are stored on your browser as they are essential for the working of basic functionalities of the website. We also use third-party cookies that help us analyze and understand how you use this website. These cookies will be stored in your browser only with your consent. You also have the option to opt-out of these cookies. But opting out of some of these cookies may have an effect on your browsing experience.
Necessary Always Enabled
Necessary cookies are absolutely essential for the website to function properly. This category only includes cookies that ensures basic functionalities and security features of the website. These cookies do not store any personal information.
Non-necessary
Any cookies that may not be particularly necessary for the website to function and is used specifically to collect user personal data via analytics, ads, other embedded contents are termed as non-necessary cookies. It is mandatory to procure user consent prior to running these cookies on your website.
SAVE & ACCEPT
